Morocco continues its upward trend. This year will see challenges from ongoing efforts in the energy and extractive sectors, but the reforms that King Mohamed VI initiated after he came to the throne in 1999 are taking hold.

The basics of the Moroccan economy remain stable in spite of the crisis and the country displays a degree of resilience in the face of external shock, with a growth in gross domestic product (GDP) of 4.9% in 2009 and 3.3% in 2010. Nevertheless, the crisis has highlighted structural weaknesses, in particular in certain export-oriented sectors such as textiles and clothing.

The continuation of the macroeconomic and structural reforms put in place over the past decade, combined with the revival of non-agricultural activities and demand from Morocco’s partners, offer favorable prospects for growth and the economy should expand by 4.6% in 2011 and 5.0% in 2012.

The Moroccan economy has been, traditionally, dependent on the agricultural sector but over the past decade has embarked upon a diversification of its structure. More and more growth comes from the secondary and tertiary sectors.

The main drivers of growth in 2010 were the good performance of non-agricultural activities and a revival of the sectors most heavily hit by the crisis in 2009. Non-agricultural activities were affected by the 2009 international crisis but recovered in 2010 to reach their pre-crisis level. They recorded an improvement in added value of 5% and the trend is expected to continue in 2011, helped by growth rates in the secondary and tertiary sectors of 5% and 5.6% respectively.

Extractive activities (notably phosphates) were hard hit by the crisis in 2009, with a drop in their added value of 23.8% compared with the previous year. But the mining sector met expectations in 2010 as demand picked up, in particular from the US and Brazil, and recorded growth of 10%. This trend was expected to be confirmed in 2011 (up by 11.5%), driven by strong external demand and the major investment program of the Office Cherifien des Phosphates (OCP) which hopes to increase its production capacity in mining, chemicals and fertilizers.

Production of thermal and hydraulic energy rose by 34.7% and 16.7% respectively during the first ten months of 2010, compared with the same period in 2009, and contributed to electricity production, making up for the drop in imports from Spain and Algeria and the fall in production from the Tahaddart power plant.

The international crisis and its debilitating effect on the economies of Morocco’s trading partners had a major impact on processing industries, which are strongly oriented towards exports and account, on average, for 16.5% of the total added value of the secondary sector. But the revival in industrial activity, which began in 2009, continued in 2010, with the exception of the textile and clothing sector, in particular leather, and aeronautics, which continued to show substandard performances. Processing industries recorded progress of 3.1% in 2010 and should continue to grow at a rate of 3.6% in 2011.

The international crisis affected the tertiary sector only moderately, which managed to maintain its 2009 growth rate in spite of a slight drop in tourism. In 2010 it recorded growth of around 5%, supported by the good performance of the primary and secondary sectors and healthy national and foreign demand. This progress was expected to continue in 2011 and reach 5.6%.

Internal demand continues to play its role as an engine of growth. It was boosted in particular by the good cereals harvest, the control of inflation, a revival in transfers from Moroccans living abroad, the availability of consumer credit (up by an annual rate of 8.7% at the end of October 2010) and steps to support household purchasing power in the 2010 budget. These include a revision of income tax rates that came into effect at the beginning of 2010 which lowered the maximum rate to 38% from 40% and raised the tax threshold from 24,000 Moroccan dirhams (MAD) to MAD 30,000 ($2,700 to $3,400). Household consumption, which accounted for an average 58% of GDP during the period 2005-09, rose by 4.1% in 2010 and should continue its strong performance in 2011, with an increase of 5.6%.

Investment benefited from the improvement in economic activity and the vitality of public and private investment. Gross fixed capital formation at current prices (GFCF) progressed by 6.9% in 2010, after falling back by 0.6% the previous year. Credits for equipment financing had advanced by 25.8% at the end of the first eight months of 2010 compared with the same period in 2009. Imports of capital goods, other than aircraft, saw a similar advance with an annual growth rate of 5.1%. GFCF should maintain its strong performance in 2011 with growth of 7.4% over 2010. At the same time its contribution to growth should rise from 2.3% in 2010 to 2.5% in 2011.

The budget deficit increased in 2010 due to higher spending. Estimates for 2011 suggest a moderate decline due to lower spending growth which will be mainly financed by internal resources, unlike the 2010 deficit which took advantage of favorable financing on the international market.

Inflation as measured by the variation in the cost of living index continued to be very moderate in 2010, remaining at under 1%. The prices of food and nonfood goods rose respectively by 0.4 % and 0.9 %. ●

This article was edited from the African Development Bank’s annual publication, African Economic Outlook, 2012 edition. Further information can be found at www.africaneconomicoutlook.org, or by contacting the AfDB communications department: penelope.depontet@afdb.org

Note : The most recent economic forecast for Morocco from the African Development Bank is expected to be released by June 15, 2012. 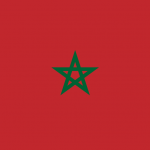 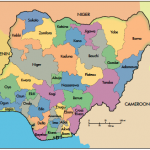