Morocco has developed an internationally competitive aerospace platform that is already recognized worldwide.

Ten years ago, Morocco focused on the potential of the aeronautics and space industries. Today, aeronautics is a significant engine of growth, with annual growth prospects of 20%. The industrial base includes more than 100 companies, consisting mainly of subsidiaries of multinationals or of joint ventures between Moroccan and international operators. This cluster includes aircraft maintenance, logistics, wiring, mechanical engineering, sheet metal, assembly, surface treatment and composite materials.

Much of the aerospace cluster is located in the economic capital Casablanca (Aeropole Nouaceur) and, to a lesser degree, in the Tangier free trade zone. Within GIMAS (Groupement des Industries Marocaines Aéronautiques et Spatiales), the federation that covers aeronautics and space industries in Morocco, optimism about the future of the aviation industry is aplenty.

“Moroccan order books are filled and the kingdom has become a globally recognized low-cost destination for aviation, offering logistical proximity and a skilled workforce,” explains GIMAS Chairman Hamid el Andaloussi. “Morocco has become the destination of choice for operators in the aerospace sector.”

Aeronautics in Morocco is still on the climb due to a combination of factors. Firstly, there is the generally positive worldwide industry outlook, with top aircraft manufacturers enjoying full order books for the next five years.

Whether via organic growth or via new joint venture openings, 2012 promises to be beneficial for local companies. Another growth factor is that Morocco is adding new capabilities and areas of expertise that integrate different technologies and add new value. The wide base of companies cover many of the links in the industrial chain: manufacturing, assembly, surface treatment, engine and fuselage maintenance, design and CAD-CAM. Morocco is fourth worldwide for the manufacture of electrical wiring.

According to GIMAS, the sector is liable to double in size over the coming years, taking advantage of this combination of favorable factors.

But there are challenges. Chafib Khalifa, deputy CEO of Midpark, a 165-hectare industrial park near Casablanca and platform destination for aviation industries, underlines the main difficulty encountered by companies in the sector.

“One of the biggest challenges faced by aerospace companies in Morocco is undoubtedly staff training,” Mr. Khalifa states. “This does not fully meet the needs of companies. New hires are often trained internally, which requires an investment in time and money. But there is a risk that trained staff will quickly abscond, attracted by better-paying offers from competitors. This can lead to a wage war and a loss of competitiveness.”

To meet these concerns, including providing 15,000 trained staff by 2015, the Institute of Aeronautical Professions (IMA) was launched in 2010 to provide training in fitting and assembly of aircraft components, aircraft sheet metal, composite materials, CNC machining, and electrical systems.

More than 300 people were trained in the first year and IMA proposes to train 1,000 people annually by 2014 instead of the 800 previously planned.

IMA Director Abdelbasset Bentoumi says the length of training, tailored to each business, ranges from 23 to 42 weeks and includes core training “in French, quality control, knowledge of aeronautics and aircraft, interpersonal communications and safety. The aviation industry, where quality and reliability are the watchwords, requires a fundamental teaching of educational rigor and professional commitment.” ●

Success Story
Bombardier lands in Morocco
Canadian aircraft manufacturer Bombardier is planning its Moroccan debut in late 2013. The company has signed a letter of intent to develop an extensive manufacturing facility at the aeronautics cluster in Nouaceur near Casablanca.
Although finalized discussions are still ongoing, Bombardier plans to invest $200 million for the establishment of the unit. The money will be spread over eight years beginning in 2013.
Company spokesperson Haley Dunne explained: “The project will first enable Bombardier to produce simple components and structures, such as aircraft floorboards.”
Although Bombardier has not yet divulged the names of the Moroccan management team, the local strategy remains one of strengthening the company’s position in emerging markets, notably to take advantage of substantially cheaper production costs. The new company is expected to generate 850 direct jobs and a further 4,000 indirect ones.
This will be the second major accolade for the government’s Emergence plan, intended to develop a strong national industrial base. To date the prime industrial success story has been that of French auto manufacturer Renault, which has made large commitments in the Tangier area.
Aviation takes off2013-09-272013-09-27http://doing.agence-de-communication-web.com/wp-content/uploads/2020/12/logo-doing.pngDoinbusinessinhttps://www.doingbusinessin.fr/wp-content/uploads/2013/09/aeronotics21-1.png200px200px
Contactez-nous
Nous suivre sur
OFFRE D’EMPLOIS
Une offre d’emploi disponible 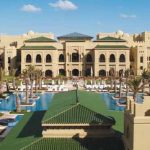 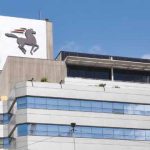