Morocco is investing heavily on infrastructure to boost economic development. Cranes are omnipresent. Earth-moving equipment rumbles throughout the kingdom. There are so many road, rail, harbor and industrial infrastructure projects going on that Morocco has earned the moniker “country under construction.”

Infrastructure is always in top position in the national budget. Such investment directly impacts the country’s economic growth which increases its transport requirements. Thus, major international operators who are facing dropping demand elsewhere due to the global economic slow-down are heading to Morocco and its resilient economy.

Spanish operators are among the most prominent. Companies such as Copisa, BSA, Ecisa and engineering firm Cido Consult all developed a Moroccan presence in 2011. The beginning of 2012 has seen the Spanish rush continue with the arrival of Grupo Mecanotubo, a construction company, and Euro Geotecnica, an engineering company specialized in geotechnical services.

Turkish firms, such as Makyol, for the widening of the Rabat-Casablanca super highway, or Yapi Merkezi, for the building the Casablanca tramway, have practically become household words in Morocco with their high visibility and big budgets.

All this foreign interest has ruffled some local feathers. Moroccan construction firms (BTP or Batiments et Travaux Publics in French) want their share of projects too. The National Federation of BTP companies (FNBTP) is successfully lobbying to ensure they get them. The Ministry of Equipment and Transport has reserved at least 15% of projects for Moroccan BTP firms.

Despite the international crisis, Moroccan infrastructure is proving resilient. According to the High Commission for Planning (HCP) in early 2012, construction activities continued to strengthen following the trend that started in mid-2011.

Social housing is one of the main drivers of this. The 37% increase in new projects, designed to house hundreds of thousands of low income families, reflects the effect of incentives over the past two years that have revitalized real estate activity. Add to this a 26% increase in residential housing starts.

The results of an HCP business survey among BTP professionals points to a continued improvement in outlook for construction activity, underpinned by increased demand from private households. Other sector indicators confirm this outlook. Cement sales, for instance, rose 2.3% in the first quarter of 2012, beating the average trend for the second successive quarter. HCP estimates that value added of the construction sector should increase by 6% and 6.5% respectively during the first two quarters of 2012.

But the best is yet to come, foremost because Morocco’s highway construction program is far from complete. “The additional program for 2015 includes another 384 kilometers, representing a total investment of around $1.75 billion,” discloses Othman Fassi-Fihri, Director General of Moroccan Highways (Autoroutes du Maroc) or ADM, the stateowned operator of divided toll highways.

Morocco’s railway program includes significant structural investments, within the framework of general agreements between the railway operator ONCF and both the government and the Hassan II Fund for Social and Economic Development.

This covers the financing of the mega-project for Africa’s first high-speed train (Train à Grande Vitesse or TGV), linking Tangier and Casablanca. The total budget for this is about $3.9 billion, of which about $2.3 billion is for the TGV and the remainder for modernizing existing railway assets.

Harbors have not been forgotten in Morocco’s infrastructure master plan for 2010-2030. Increasing international trade has meant an explosion in shipping. Government plans include continuing work at the major project of Tangier Med II harbor to increase the capacity to 8 million TEU (twenty-foot equivalent units). The port extension will add two new deep-water container terminals, providing 5 million TEUs of additional capacity. ●

For the past two years, French company GSE has been busy designing and building some of the largest warehouses and logistics platforms in Morocco. After successful forays in other emerging markets, what attracted GSE to Morocco was the ease of doing business and the important market potential, due to the country’s emphasis on infrastructure development and the ambitious supply chain efficiency program (see page 53, sidebar on AMDL). GSE was assisted by Maghreb Consulting for its market entry. 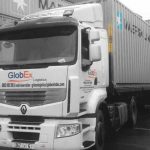 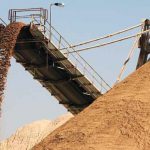