Casablanca bourse on the rebound

Casablanca hosts Africa’s second-largest stock market after Johannesburg despite restrictions on the financial instruments it can trade. The bourse’s growth prospects are looking good.

The stock exchange in Casablanca was established in 1929. At that time, it was known as the Office de Compensation des Valeurs Mobilières, or the Office for Clearing of Transferable Securities.

Until 1967, the stock market saw relatively sluggish growth due to stifling restrictions, namely on currency exchanges. To overcome such shortcomings, reforms were undertaken in that year to provide Morocco’s financial markets with a well-organized legal and technical framework.

Another phase of growth occurred after Morocco completed its structural adjustment program (1986 to 1996), which consolidated macro-economic fundamentals and successfully brought under control its high level of debt and inflation. Part of this program, in 1993, laid the groundwork for the modern bourse, establishing a regulatory agency, as well as accrediting brokerage firms and creating a private company responsible for its management. This became the Casablanca Stock Exchange (CSE) in 2000.

More recently, improvements have included the reduction of the trade settlement period from T+5 to T+3 (May 2001); the relocation of electronic-based trading to brokerage firms’ trading rooms (January 2001); the introduction of new indices and weighting methods; and the establishment of five different types of quotation markets, including three equity markets, the bond market and the funds market (April 2004). Lastly, new listing requirements were introduced in January 2005.

The CSE is a joint stock company (société anonyme) with a board of directors and a supervisory board. CSE reports to the Ministry of Finance and Privatization, and operates under well-defined terms of reference while complying with a set of rules known as General Rules. CSE is jointly owned by the 17 brokerage firms operating in the marketplace, and has a share capital of $2.2 million.

There are currently 81 companies listed on the CSE, representing a market capitalization of $67.7 billion at the end of 2010. In 2010 two new companies were listed, and in 2011 the number rose to four companies. Traditionally, banking and telecoms have been the strongest equity sectors on the market. Recently, companies in the infrastructure activities, such as housing, construction and real estate, have made strong showings, reflecting the country’s heavy investment priority for infrastructure.

“Here, the companies are often more recent creations, with more open-minded managers having larger capital needs, so the CSE is a natural source of funds for their investments,” explains CSE President Karim Hajji.

Most of the trading is of shares (equity markets), which represents 91% of the volume. The remainder of the trading is in the bond market. CSE does not yet offer currency trading, mostly because the Moroccan dirham is not freely exchangeable.

The number of companies listed on the CSE has seen relatively slow growth. “In Morocco we face several difficulties in convincing companies to list their shares publicly,” as explains Mr. Hajji. “Foremost is probably the fact that top management is not yet used to the loss of confidentiality, and some sharing of decision-making. Many old school owners are control freaks who do not wish to share.”

Nonetheless, CSE’s ambitious growth target is to have 150 companies listed by 2015. Given recent performance, the CSE management is confident. In 2010, the MASI index, one of two stock indices that track companies listed on the CSE, rose by 21%, and the volume of transactions rose by 65%, reaching $14 billion over the year. This means that after the 2009 slump, the CSE is almost back to its pre-crisis level.

To attain this goal, the CSE management is on continuous road shows throughout the kingdom, meeting with companies to present the advantages of the stock exchange. Mr. Hajji’s schedule includes meetings with at least half a dozen companies each week around Caravane de la Bourse.

Another goal for the CSE is to reach half a million investors (i.e. individuals holding shares, as opposed to institutional investors) by 2015. To meet this goal, the CSE team is holding seminars and classes, either for a general public or for targeted financial actors. Until that target is reached, the CSE relies predominantly on institutional investors (70%) for its trading activity. Individual investors and foreigners contribute about 15% of market volume each.

Aside from new listings, the CSE growth comes from additional cross-listings between countries. For example in 2010 Tunisian car distributor Ennakl Automobiles listed on both the Tunis and Casablanca exchanges. There is similar interest from companies south of Morocco with less developed equity markets, for example Senegal or Guinea. CSE can also count on secondary listings from already-traded companies to raise additional financing from the stock market.

The CSE does face some obstacles on its path to growth. “Morocco weathered the 2008 financial storm quite well since it had little exposure to the risk-laden instruments, but there is wariness vis-a-vis more sophisticated instruments,” explains Mr. Hajji. “But there is a desire to start trading currencies and develop the bond market.”

One of the nagging issues for the CSE is that of liquidity. “There is pent-up demand for further trading capabilities, yet we are bound by tight regulations and are hampered by high P/E ratios for our Moroccan equities,” laments Mr. Hajji. “This discourages many investors. With not enough paper to go around, prices on the stock market are quite high.”

Another restriction is that Moroccan pension funds can only invest up to 10% of their holdings abroad, adding to upward pressure on domestic equity pricing. But this may be resolved when changes to the financial rules take effect in 2014 or 2015. ● 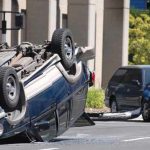