Hotel industry on the move

This is no time for the hotel industry to take a vacation. The Nigerian government is promoting hotel growth with a hefty new round of incentives to investors.

Nigeria saw a remarkable growth in international tourist arrivals of more than 8% in the first quarter of 2011. Abuja, the capital city, and Lagos, the commercial capital, were the favorite destinations for more than 80% of foreign visitors. Other cities, including Port Harcourt, the hub of the oil-rich Niger Delta region, and the other state capitals, excluding the troubled northeast region, accounted for the rest.

Expectedly, Lagos and Abuja account for most of Nigeria’s luxury hotels and resorts and these cities are where most of the tourism-related investments in Nigeria are planned to be developed. Areas outside these two major cities have the potential to be tourist destinations as they offer significant development opportunities in tourism investments, with the government willing to provide incentives.

Currently there are about 1,700 registered hotels in the country, totaling more than 20,000 rooms with an average of 85% occupancy rate, according to the Minister of Culture and Tourism Duke Edem.

“The government, through its tourism development policy, aims to increase the number of registered hotels to 2,500 by 2013 and achieve an average occupancy rate of 90% through a two-day visa policy to encourage tourist arrivals,” Edem said.

Despite the recent growth, tourism still accounts for a small share of Nigeria’s GDP. The hotel and restaurant industry for example, contributed less than 1% to the GDP in 2011. The government’s plans include boosting the contribution of hotels to the GDP to 2.5% by 2013.

Investors get several government incentives including 100% equity ownership of companies in Nigeria and repatriation of profits. The government has also introduced such incentives as, tax holidays, tax rebate and soft loans, with flexible repayment plans for potential investors in tourism

Lagos is Nigeria’s favorite destination for tourists and it also the largest hotel market in the country with its excellent hotel investment fundamentals. Most of Nigeria’s hotel investments are focused on the urban areas of Lagos and Abuja due to its developed infrastructure and the government’s Public Private Partnership (PPP) scheme.

The Hilton, which currently runs Nigeria’s biggest five star hotel, Transcorp Hilton Abuja, plan to open one more facility at the Lagos airport which will add 250 guestrooms and is expected to open in 2013. National chains like Eko Hotels Group, Woodridge Hotels and Crowne Plaza are also expanding. Crowne Plaza is building a 275-guestroom facility at the Lagos airport.

South Africa’s Protea Hotels was the first and is now the biggest international group in Nigeria.

Protea Hotels was founded in South Africa in 1984. Since then, Protea has expanded across the continent to become Africa’s largest and leading hospitality group with 130 hotels in eight African countries.

Nigeria is a country of strategic growth and value to Protea, according to Rudi Janse van Rensburg, General Manager of Protea Hotel Asokoro in Abuja.

“Nigeria is a vibrant market with huge potential, hence our continued expansion,” Rensburg says. “Our hotels in Nigeria are performing well and the prognosis is most positive.”

It operates 11 hotels in the major cities of Abuja, Lagos and Port Harcourt and has four more hotels under construction in other parts of the country. In 2012, Protea plans to open a new 125-guestroom project in Lagos.

Protea is also expanding into neighboring West African countries like Ghana where one hotel is under construction. But Nigeria, a regional and continental power, remains the group’s main focus for new business in Africa.

“In addition to current projects under construction in Nigeria, various further hotels are in the planning stages,” Rensburg adds. “Our brand will continue to be an industry leader in Nigeria and throughout Africa.” 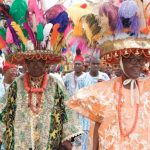