Morocco is the largest energy consumer in North Africa but depends on imports for 93% of its energy needs. Good news therefore that the energy mix is shifting, as the country makes aggressive plans to diversify its energy sources.

Like many emerging markets, Morocco is energyhungry. According to the International Energy Agency, from 1999 to 2009 the country’s energy consumption leaped 46% to reach about 16,000 KTOE (kilotons of oil equivalent). This makes Morocco the largest energy consumer in the Maghreb. Alas the country needs to import almost all of its energy needs.

The framework for the energy situation in Morocco is straightforward. Electricity production is open to private players. The distribution of electricity to end users is almost completely a state monopoly, with the Office National de l’Electricite (ONE) being the main public utility. Incipient privatization, however, is transforming local utilities.

In 2010, Morrocan power plants produced a total of 20,850 GwH of energy. More than 80% of this electricity came from thermal power plants (see chart). About 16% came from hydroelectric and so-called STEP plants. Renewable energy (mostly wind) accounted for the rest but that proportion is scheduled to increase significantly in the future.

For its thermal plants, Morocco relies on three combustibles. The main source is oil, which Morocco imports from Saudi Arabia (57.1%), Iraq (23.5%), Russia (15%) and Iran (4.4%), in 2010. Following oil comes coal, which now fires up 22% of power production (oil is at 62%). Coal has witnessed the largest growth, since it represented only 8% of the thermal mix in 1980. Last in line is natural gas, a recent arrival. This can be explained by the fact that an important gas pipeline linking Algeria to Spain transits through Morocco, yielding royalty payments in kind.

Hydroelectric power production is Morocco’s second source of power. The country has 100 dams holding back a total of 15.8 billion cubic meters of water. One limit to hydroelectric power is the fluctuation of rainfall in Morocco and therefore of the dams’ electricity-generating capacity, which fluctuates from 8% to 1.6% depending on rainfall and therefore dam capacities.

The profile of Moroccan energy production is expected to change drastically in forthcoming years as the government’s plans for energy independence take shape. The most notable changes concern renewable energy. Increasing the use of renewable resources to produce energy as a way of overcoming the country’s dependence on energy imports is a main focus of Moroccan government policy-making. Morocco is committed to having wind, solar and hydroelectric power represent 42% of its power generation by 2020.

ADEREE and MASEN promote the use of renewable energy and energy efficiency by providing plans and incentive measures, overseeing development projects, identifying potential resources, and through similar actions. SIE seeks to attract and organize private funding for energy projects. A 2010 law provides the legal framework for these projects.

Morocco is also integrating itself in the energy system of the African and Euro-Mediterranean region to strengthen energy security, reduce supply costs, expand exchanges, develop cooperation, technology transfer and solidarity. Morocco plans to integrate with Mediterranean solar energy plans and regional initiatives such as Transgreen. Transgreen was signed in July 2010 to study the feasibility of a power network between the North and South of the Mediterranean shores and to develop interconnections around the Mediterranean basin.

A new Moroccan wind farm was inaugurated in June 2010 and represented an investment of $320 million. Located near Tangier, the wind farm has 165 units capable of producing 140 MW of electricity. Additional wind farms are in the development stage and will produce an additional 570 MW by the end of 2015.

The target is to generate about 2,000 MW from wind by 2020. The financing for this comes from mixed public-private sources, since funding and operation of some of the wind farms is conceded to private companies.

Regarding solar energy, the target also is to generate 2,000 MW by 2020, representing 14% of national electric capacity and save a million tons of oil annually. MASEN is implementing this strategy.

Progress in solar energy mirrors that of wind power. A first combined cycle (mixed gas solar) at Ain Beni Mathar was inaugurated in 2010 with a capacity of 472 MW, of which about 5% is solar. A further roll-out of solar capacity is planned but with fewer, more concentrated plants than is the case for wind. Of the five solar sites selected, four will have power generation capacities of 400 or 500 MW.

Ain Beni Mathar will increase ONE’s production capacity from 200 to 250 MW by 2012 and enable it to supply nearly 1590 GWh per year, of which 55 GWh will come from solar.

Although the renewable efforts are focused on solar and wind, ADEREE is also overseeing pilot projects in biomass and capturing energy from the ocean tides and currents. With Morocco’s 3,500 kilometers of Atlantic coastline, the potential for ocean-generated energy is significant.

Not all of the government’s efforts are focused on energy supply. Increasing energy efficiency is another focus. Energy efficiency is being promoted as a national priority as the quickest and least expensive way to better use and save energy while reducing energy bills. Indeed, energy efficiency is a top priority in Morocco’s energy strategy with an ambition to save 12% in 2020 and 15% in 2030 of energy consumption. From this perspective, energy efficiency action plans have been implemented in all key sectors, including transportation, industry and construction. According to the government, the savings could be substantial. Almost half of the savings (48%) could come from industry, nearly a fourth (24%) from transport and 19% from housing.

With Morocco determined to take its energy future in its own hands, many foreign companies are jumping on the bandwagon to help make things happen and reduce the country’s energy dependence. Energy projects have been one of the key segments for inbound FDI over the past years. ●

The National Bureau of Petroleum and Mines (ONHYM), which was created in 2005, is the geologist’s best friend in Morocco. This independent, self-financed public institution is in charge of contributing to the kingdom’s growth by fostering the development of its mineral riches (except phosphates, handled by OCP, see page 58). As such, ONHYM has two aces up its sleeve: petroleum and its derivatives, and minerals.

The good news for Morocco is that it is about to become oil-wealthy. ONHYM, either on its own or in partnership with private foreign investors, has carried out exploratory drillings, revealing reserves both offshore in the Atlantic (Tangier- Larache area) and onshore (Gharb basin region). As an example of a partnership, the Ras Tafelney exploration project was conducted jointly with Vanco, based in Houston, Texas, to explore for oil in the deep offshore block of the Essaouira basin. This work focused on 3D and 2D seismic acquisition and well drilling. The results showed 15 oil prospects.

On the minerals/mining front, ONHYM’s first task was to complete proper geological mapping. These studies revealed a rich crust to be exploited: rare earth materials, niobium and its cousin tantalum (used for steel alloys), uranium and iron ore are but some of the pickings. Overall, ONHYM is working on 28 minerals projects, of which ten are in partnership with foreign investors. One example is the 2011 project with the American company Newmont in the Lesser Atlas area. Using geochemical methods, the venture seeks to assess the potential for precious and basic metals, namely using bulk leach extraction techniques.

One of the successes in Moroccan energy is the rural electrification program using solar panels.

Started in 1998 by the public utility Office National de l’Electricite (ONE), the program saw access to an autonomous electric supply increase from 22% of the rural population in 1996 to almost complete coverage (96.5%) by 2009.

Using an innovative financing scheme and relying on private partners, the program set about providing energy to rural villages via solar panels, which are cheaper to set up than establishing a connection to the central power grid.

Each client received a solar panel, one 150 amp-hours battery, a regulator and one 12-volt outlet with two sockets. But those who were willing or able to pay for higher capacity systems were able to install more lights. The battery can store enough power to last up to five days, allowing the equipment to run year round even in bad weather.

The program proved so successful that ONE has advised other sub-Saharan countries on the topic, and has even sold part of its Senegalese joint venture to the World Bank. 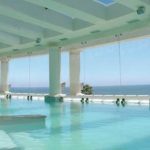 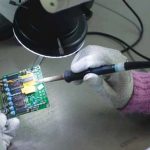