Nigeria already receives the largest amount of foreign direct investment (FDI) in Africa but a series of reforms is making the country even more attractive to outside investment.

The US and the UK are the most important sources of FDI largely through major oil companies. The US invested $3.4 billion in Nigeria in 2008 and the UK accounted for about 20% of Nigeria’s total foreign investment that year. Nigeria is China’s second largest trading partner in Africa after South Africa. The oil and gas sector receives 75% of China’s FDI in Nigeria.

Beyond oil, other sectors that received large FDI inflows include the telecoms sector thanks to liberalization that has made Nigeria Africa’s largest mobile market. The brewing industry is another top recipient of foreign investment.

Nigeria has also gained popularity as a tourist and business destination and consequently, major international hotel chains have increased their investments or are planning to invest for the first time.

“Improvements in banking, telecommunications, airport arrivals and the removal of banned products such as furniture are benefiting the hotel industry,” says Andrew McLachlan, Vice President of Business Development for Africa and the Indian Ocean Islands for South Africa’s Rezidor Hotel Group, which is developing six hotels in Nigeria. In 2013, the group will open its first Park Inn by Radisson in Apapa.

Nigeria’s GDP is growing fast – 7% in 2010 and 7.3% in 2011. And experts say growth will go into double digits by 2015 if Nigeria successfully transforms its agricultural sector through a series of recent policy initiatives. This would put the country’s growth rate ahead of Brazil and Russia and slightly behind India and China.

Per capita income also has continued to rise in the past decade, driven by strong growth in new sectors such as wireless telecommunications, construction and a revival of manufacturing, helping drive a growth in per capita income from $520 in 2003 to $712 in 2011.

In addition, Nigeria has the largest consumer market in Africa. Nigeria’s population dwarfs that of South Africa and Egypt and the structure of its population – with 72% under age 30 and eight cities of populations exceeding 1 million – promises a healthy growth picture ahead with a significant base for future investment and consumption activity.

In 2009, the extension of an amnesty in the Niger Delta saw some 8,000 militants lay down their arms. A ceasefire has held since and President Goodluck Jonathan has made reinvigorating the amnesty program one of his chief priorities.

Corruption has been another worry for investors. But the Economic and Financial Crimes Commission (EFCC) and Independent Corrupt Practices and Other Related Offences Commission (ICPC) have tried and convicted many public figures, and the government has reiterated its commitment to fighting corruption.

Beyond oil and gas

Moreover, the government is working on reforms and infrastructure improvement to enable the economy to diversify beyond petroleum. Both the ruling and opposition parties have pledged backing for the reforms and infrastructure programs in an effort to make Nigeria one of the globe’s 20 largest economies by 2020. President Goodluck Jonathan’s commitment to the reforms is seen as particularly crucial.

“We believe that now is a very good time to invest in Nigeria across a number of sectors,” says Michael Lalor, a Director at Ernst & Young South Africa. “President Jonathan has an opportunity to continue driving reform and entrenching practices of good governance. This, combined with growing oil production, relative stability in the Niger Delta and high oil prices, is all positive for investment in key sectors.”

“Besides oil and gas, power, and other key infrastructure projects, we see several other sectors, notably, telecommunications and construction, continuing to grow strongly,” says Lalor. “Growth should also pick up in financial services and consumer products.”

Investment managers, such as South Africa’s Stanlib, say while there are many long-term investment opportunities in infrastructure development and petroleum, they favor companies and banks that have exposure in the non-oil economy.

The Nigerian Investment Promotion Commission (NIPC) is a federal government agency that promotes, encourages and co-ordinates all investments in Nigeria. Since 1995, 100% foreign ownership is allowed in all industries except for oil and gas, where investment is constrained to existing joint ventures or new production-sharing agreements.

The government’s investment regime is geared towards encouraging private sector involvement in the country’s economy. The corporate tax rate is 30% in all sectors except petroleum, which is taxed separately. Annual capital allowances available include 10% on buildings, 25% on plants and 20% on furniture and fittings. Added to this, companies get special allowances in their first year, including 50% on plants and 15% on buildings and automotives.

Nigeria has bilateral investment promotion and protection agreements (IPPAs) with trade partners that ensure the safety of companies’ investments in the event of war, revolution, expropriation or nationalization. This also assures investors on the transfer of interests, dividends, profits and other incomes and guarantees compensation in the case of dispossession or loss.

Nigeria also cooperates with other countries on preventing double taxation. Under Nigeria’s tax treaties, companies subject to tax in other countries are eligible for a tax credit, so that tax payable in Nigeria on profits being remitted into the country is reduced by the amount of foreign tax paid abroad, and conversely, profits being sent over- seas that have already been taxed in Nigeria are subject to reduced taxation in their destination country. 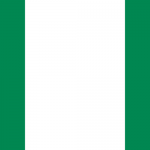 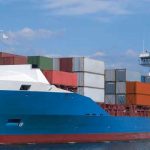