Well-informed real estate investors can reap handsome profits from a good deal. Returns of 20%-30% are not uncommon.

Through its housing policy and particularly through the Federal Mortgage Bank of Nigeria (FMBN), the federal government has indicated its intention to ensure a sustained growth of the market. This is done through policies aimed at encouraging the granting of mortgages to home seekers and property developers via the various lending windows under the National Housing Fund (NHF) loans scheme.

As a result of the dynamic oil-driven and deregulated economy, and Nigeria’s huge population, virtually all major commercial organizations are present or represented in Nigeria. Indeed, the telecommunications and petroleum industries account for about 50% of the number of expatriates in Nigeria.

With an estimated population of 17 million inhabitants, Lagos is a commercial city hosting the head offices of major organizations and site of the nation’s sea ports and airports. The highest land values are found in the Ikoyi, Victoria Island and the Lekki Peninsula neighborhoods. These are the choice residential and commercial areas for embassies and diplomats, the expatriate community and top executives of major companies.

Land values here start at $750 per square meter for undeveloped land. Rental values range from $40,000 to over $100,000 annually, expected to be paid between two and five years in advance of occupation. Sales prices for apartments range from $400,000 to more than $1.5 million. Most of these developments are sold at design stage in view of the shortage of and high demand for accommodation.

Neighborhoods such as Victoria Garden City, Atlantic Beach Estate and Goshen Estate are gated estates with detached and semi-detached houses which retail from $250,000 to $400,000. Annual rents are in the range of $25,000 to $50,000.

Port Harcourt is known as the oil city of Nigeria. It houses the offices of some of the world’s biggest oil companies as well as oil servicing companies. With a huge expatriate population, rents range from $25,000 to more than $50,000 for apartments in a neighborhood known as the G.R.A (Government Reserved Area). Gated communities are also popular. Market surveys show a huge gap in the supply of accommodation presenting investors with excellent opportunities.

Commercial real estate has made major strides especially in Lagos in recent years. The Palms/ Shoprite Malls began in Lekki suburb of Lagos, and are now at Surulere neighborhood suburb and the nearby city of Ikeja. Others with a similar concept are the City Mall (Lagos Island), Silverbird Galeria (Victoria Island) and Ceddi Plaza (Abuja).

The Palms is believed to the first real European/ North American style mall in the country. Rents at the Palms in Lekki start from $370 to $470 per square meter per annum.

In terms of office space, the most popular destinations in Lagos remain the Island and Ikoyi. The few purposebuilt commercial office blocks available are in high demand with annual rents from $200 to $1,000 per square meter and more.

Tourism, once neglected, has been put on the front burner by the federal and state governments as well as private organizations. Major international hotel chains are present in Nigeria, including Hilton, Sheraton, Sofitel and Protea, but there are still less than 5,000 hotel rooms of international standard nationwide. Tourism figures are projected to rise so clearly there is potential for development in this industry.

In terms of recreational real estate, Nigeria has numerous golf courses, but only a few of them are to international standards. Total membership of all the golf clubs nationwide is still under 10,000. With a potential membership population of 2 million golfers, this market begs for investment.

Furthermore, Nigeria has no theme park in the mode of Disneyland or SeaWorld. With its huge population, Nigeria would be a profitable destination for any investor in this regard.

To facilitate investment in real estate, the government has eased the acquisition of and transfer of land. All land is vested in the federal and state governments by virtue of the Land Use Act of 1979. While this has its own problems, it nevertheless ensures that land is available for developmental projects.

Several things to be cautious of are the high cost of registering title in the name of the purchaser. Many states charge what is known as a consent fee. In Lagos State for example, this fee is usually 15% of the property value. Processing a title change can take from three months in Lagos to as much five years in other states due to bureaucracy.

In addition, a thorough due diligence of facilities provided in a property should be undertaken before payment is made. Ensure that the vendor has approved building plans, tax clearance certificates, etc. Also check that the property does not flood during the rainy season, which is a common problem in Lagos Island and other parts of Nigeria.

The shortage of available properties and consequent rise in values makes property acquisition in Nigeria a viable investment option. Property capital values are known to rise as much as 15% to 20% per annum. Moreover the market remains firm despite the economic crisis and should remain firm even in the foreseeable future as there is no plan either by the government or private sector to drastically tackle the housing shortfall. 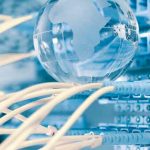 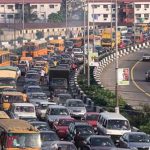