After a slump in 2009, the textile sector continues to present significant potential for development. With some state support and a reconfiguration of the international market, manufacturers are preparing for a new offensive.

Representing nearly 12% of Moroccan exports and the top industry in terms of jobs, the Moroccan textile sector is an essential activity. Overall, textiles mean more than 1,500 factories employing over 200,000 workers throughout the kingdom.

In 2009 the sector confronted two new realities that slowed the momentum. First, there was the progressive encroachment of Chinese goods into European markets, creating tough competition for incumbent suppliers, namely from North Africa and particularly Morocco. Then the economic crisis hit Europe and demand for Moroccan textiles dropped.

For some analysts, this period of turbulence has been overcome. Both a recent analysis by English firm Oxford Business Group and data from the Moroccan Industrial Observatory show a 6% increase in textile exports in 2011, when Morocco exported $3.5 billion worth of textiles and leather goods despite the unfavorable context.

Better yet, during the first four months of 2012, the rate of growth of the sector appears to be accelerating significantly with 13% growth in exports. The Ministry of Industry and Commerce argues that the growth potential by 2015 could be as high as 60%. No wonder the government has identified textiles and leather goods as a key economic priority.

“Big brands like Li & Fung and Marks & Spencer have started returning to Morocco after having left in search of better quality-price ratios in the Far East,” enthuses one government official.

Other companies, like the Spanish giant Inditex of Zara fame, are strengthening their presence in Morocco and plan to increase their local production quotas. In fact, Inditex is planning to boost its Moroccan production capacity from 60 to 150 million pieces in the mid-term, making Morocco the second largest supplier to Inditex after China.

Industry insiders also say that Camaieu, a major brand in women’s ready-to-wear fashion, plans to double its production in Morocco to 12 million units as a result of the the renewed attractiveness of the sector following the 2009 crisis.

There are two factors that help explain the sector’s rebound in 2011. First, textile professionals say while there was an impact on the order books in 2009 it was never to the extent of full cancellations. Also Chinese suppliers were not as competitive as at first thought.

What happened here? Quite simply, China suffered increased production costs and lack of flexibility. Chinese costs have exploded by more than 40% over the past three years, following increases in wages, raw materials costs and logistics. Simultaneously, there is a structural trend in Morocco towards greater sustainability, namely via closer production centers.

“In the face of declining demand, retailers have chosen to rationalize their supply and minimize risk-taking,” says Mustafa Sajid, president of the Moroccan Textile Industry Federation (AMITH).

A second factor that has helped the rebound is that more and more Moroccan suppliers have grouped together into export consortiums. These cooperative structures enable suppliers to share resources and thus boost productivity, and benefit from better international (outbound marketing) representation.

Furthermore, the textile industry consortia now receive the support of the government initiative “export consortia”, launched by the Ministry of Industry, in cooperation with the United Nations Industrial Development Organization (UNIDO) and the Italian government.

On the competitive front, one expert at the Ministry of Industry explains that “the recovery is also due to the adjustments in sourcing policies from China.”

Morocco intends to capitalize on these trends in three ways: fashion clothing (habillement mode in French) and fast fashion, home textiles, and high-tech fabrics. The first is fashion clothing, which has made its reputation with clients. Morocco intends to exploit this renown more in international markets. One way is via “fast fashion,” smaller and need-by-yesterday re-orders that offer significant growth opportunities in the current environment of tight initial orders and fast re-orders when garments fly off the shelves.

Part two regards home textiles which are now closely associated with lifestyle. The third segment is the development of high-tech and “smart” textiles used in the automotive industry, agriculture or construction.

To promote its visibility on international markets, Morocco organized two major events in 2011: Morocco in Mode and Morocco Sourcing. These exhibits enabled 153 participants including 24 foreign companies to exhibit their products and meet international outsourcers.

The government has also arranged financial subsidies for textile suppliers who supply, among others, Marwa, Paris Texas, Moda Line, Active Line, Crossing Fingers and Blue Icoma. This provides the suppliers with financial support in exchange for guarantees on increasing export quotas.

Also, with attention long focused on international markets, there is now a realization that the domestic market, valued at $4.7 billion, should not be ignored.

Lastly, the government is placing hope on the implementation of a program supporting investment in the upstream spinning, dyeing, finishing of fabrics (threads and yarns), since Morocco currently imports the majority of its raw material. ● 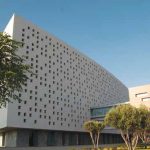