The Chilean government strongly supports foreign investment in the mining sector and has modified its mining industry laws and regulations to create a favorable investing environment for foreigners.

What company is the money-earning star of the Chilean economy? Escondida, a private mining company that operates the highest-producing copper mine in the world. In 2010, its net profits totaled more than $4.3 billion, the highest of any Chilean company.

Likewise, the mining sector itself is the highest-earning industrial sector in Chile with nearly $18 billion in net profits in 2010. This is a 53% increase over 2009 profits of $11.7 billion. Electricity, the second-highest earning sector, had net profits of less than $3 billion in 2010, down from more than $3.2 billion posted in 2009. Moreover, the mining sector is Chile’s biggest exporter accounting for 60% of all exports in 2008.

The star of the mining sector is copper, which represents 86% of mining sector exports. According to Chile’s Central Bank, Chile has approximately 24% of the world’s known copper reserves and is the world’s largest copper producer. In 2009, Chile produced 5,520 metric tons of copper accounting for 34% of world total. In 2010 it produced slightly less at 5,390 metric tons.

“Chile has been very good at developing itself, perhaps using Australia or Canada as models,” explains Charlie Sartain, the Australia-based CEO of Xstrata Copper. “We plan to open our South American project development division here in Chile, with 200 staff coordinating our activities for Chile, Peru and Argentina.”

But copper is not the only ace up Chile’s sleeve. The country is also a leading producer of iodine, rhenium, lithium, arsenic, molybdenum, mined boron (ulexite), refined selenium and pumicite. It is the world’s sixth ranked producer of silver accounting for about 6% of global mine output. It also accounts for about 2% of the world’s mine production of gold.

Chile can be thankful for its underground wealth. Although mining represents a smaller share of the country’s overall economy (in terms of GDP) than ten years ago, that is not a reflection on a dwindling mining sector, quite the contrary. Mining is growing in size as new mines open to exploitation and extensions of existing mines are planned. Exports of minerals grew almost four-fold in the past ten years reaching more than $38 billion by 2010.

Chilean miners have been digging for gold since 1530 or earlier, but industrial mining activity greatly expanded in 1974 when Decree Law 600 gave the private mining sector free wing. The 1990s marked the beginning of a boom in Chile’s mining industry, especially in copper mining, principally due to FDI in the sector. In this time period Chile had one of the fastest-growing economies in the world and mining accounted for 8.5% of the GDP and 47% of exports. Over the past three decades, private copper production has been multiplied over 25-fold.

“We chose Chile because it is politically stable and with OECD membership we expect it will be easier to attract funds from investors for new projects.”

The mining sector collects abundant foreign investment. According to Chile’s Foreign Investment Committee, in 2006 mining was the country’s largest recipient sector of FDI, receiving almost $1.2 billion in investments. Furthermore, future mining projects in Chile are expected to generate approximately $18.5 billion in investments by 2015. This is not only due to the size and prestige of Chile’s mining sector, but also to the legal environment surrounding the industry. The Business Monitor states that “Chile’s mining laws are perceived to be more investment friendly and globally aligned than most of its Latin American peers.”

According to SONAMI, the National Mining Society, an agency that oversees mining in Chile, a total of $45.4 billion in mining investments is on the blackboard until 2017. These investments cover all links in the value chain. Some are for upstream geological exploration for new sites. Others are for expansion of existing mines. Yet others are for downstream infrastructure in smelting or in export facilities, namely harbors.

Although the copper price is the barometer for new investment, the stability of the Chilean market – especially compared to its neighbors – makes it a long-term magnet for investment. But will Chile move down the value chain in mining?

“One of the issues we face is that important end-user markets such as China and India have made very substantial investments in copper smelters, and so they do not wish to import refined copper. For them copper concentrate is sufficient, since their low labor and energy costs make it efficient to smelt locally,” explains Christian Thiele, General Manager of Minera Esperanza, part of the Antofagasta group.

Still, SONAMI expects that potential does exist in the research and development areas, namely in developing better technology for furnaces, for smelting or for fine-grinding technologies. There are also projects underway with the Chilean government, CORFO and the Education Ministry to establish state-of- the-art research centers.

In 2006, Xstrata Copper acquired Canada’s Falconbridge and became one of the top five copper producers internationally. In Chile, the acquisition gave it control of two copper mines and a smelter.

Xstrata Copper is the world’s fourth largest copper producer with total mined copper production in 2010 of 913,000 tons. In Chile Xstrata posted an operating profit of $195 million that year. The company is also one of the world’s largest producers of smelter and refined copper, including from third party materials.

Before acquiring Falconbridge in 2006 for $20 billion, Xstrata already had operations in southern Peru and so knew Chile well.

“Chile has the world’s most important copper reserves and, today, that is its principal potential,” Charlie Sartain, Chief Executive of Xstrata Copper, notes. “Also, the conditions it offers for developing operations and projects within a framework of sustainable development and its economic, political and institutional stability help to create a transparent and optimum business environment.”

The Falconbridge copper operations established a strong center for Xstrata in northern Chile, with the Altonorte smelter, the Lomas Bayas mine and a 44% share of the giant Collahuasi mine. The acquisition also strengthened its position in Peru. Xstrata also has operations in Argentina as well as Australia, Canada, U.S., Philippines, Papua New Guinea.

“Although we have operations around the world, Chile plays an important role for Xstrata Copper precisely because of the conditions it offers for the development of innovative and sustainable projects in which we hope to continue growing,” says Sartain, who also chairs the International Copper Association and is a member of the senate of the Sustainable Minerals Institute at the University of Queensland, Australia.

“Santiago is the base of our South American Project Development Division and that allows us to create synergies with our other operations in the region, taking advantage of growth opportunities through our new copper projects and the expansions already underway at our existing operations in Chile and Peru.”

“In Chile, we can work with institutions and the authorities as strategic allies, focusing on the management of sustainable development, which requires legal stability in terms of environmental, social and labor issues, and that is not a minor consideration when deciding where to invest,” Sartain explains.

“After almost five years in Chile, I can say that our experience has been very positive; we have found favorable conditions for the organic growth of our business as well as professionals who are very technically competent, which is a further encouragement.” 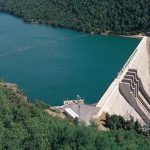