Representing almost two thirds of food exports from Morocco, the fishing sector has traditionally been an economic mainstay. Despite some obstacles, the sector is growing by capturing higher value-added activities.

Endowed with a 3,500 kilometer coastline, Morocco is considered a world leader for certain seafoods. Fishing provides the kingdom with jobs, food security and foreign currency. In 2011, revenues from fishing amounted to $1.4 billion, or 1.5% of Morocco’s GDP.

According to the UN’s Food and Agriculture Organization, Morocco accounts for nearly 1% of global production, amounting to more than a million tons a year. This may seem tiny compared to China’s 15 million tons or Indonesia’s six million tons, but it still places the country at the head of all other Mediterranean countries.

Morocco can thank the little sardine for its good fortune. It is the world’s largest producer of sardines, accounting for nearly half of the world’s catch, followed by Spain. Alas, almost three-quarters of sardine production ends up in industrial byproducts, such as fish meal or oil. Canned sardines remain the lesser portion of the catch, and the export of fresh sardines for human consumption remains small, although it is growing.

“Canned sardines are the flagship product that makes Morocco a world leader and justifies our large share in world seafood exports,” explains Hassan Sentissi, head of the Moroccan fish federation FENIP, one of many fish federations in Morocco.

Morocco exports three categories of marine products. Topping the list is frozen fish, representing 39% of exports. Next is canned and semi-preserved fish with a 42% share. Fresh produce accounts for only 8%. Other marine products, such as fish meal or fish oil, make up much smaller percentages.

Approximately 70% of Moroccan fish exports end up on European tables, although exports (mostly canned fish) to other African nations tripled from 2000 to 2011, reaching $175 million. This market holds enormous potential given the fragile supply of fresh fish in many African nations.

Morocco has 30 production plants for canning and preserving fish with an annual capacity of 300,000 tons and employing 21,000 people. The semipreserved processors focus on salt curing and anchovy processing as well as preserved or pickled fish via more than 20 factories employing 6,000 people.

Fish processing in Morocco is the realm of SMEs but among the larger companies is La Monegasque & Vanelli, the world leader for anchovies.

Although the Moroccan fishing sector has been growing consistently, it still faces challenges.

“On the upstream side, we have a very fragmented fishing flotilla and fluctuations in the catch,” laments Mr. Sentissi, head of FENIP. “This impacts the regularity with which we can operate our canning or preserving plants.”

Another difficulty lies with the quality of conservation equipment on the ships and port infrastructure where docking facilities are a source of user complaints.

A recurring problem has been the high proportion of fish that ends up in low value-added uses, namely fish meal and oil. Furthermore, a significant proportion of the catch is exported without processing.

Moreover, aquaculture is under-developed. Although fish farming could increase fish supply for domestic and export markets, as well as protein for animal feed, it confronts several obstacles, including land scarcity, rising property prices, an inadequate legal framework and reliance on imports such as fry, spat and feed.

Further development of the fisheries sector also requires resource preservation. According to Aziz Akhenouch, Minister of Agriculture and Fisheries, the government has implemented programs to protect marine fisheries on the Mediterranean coast.

“This includes plans for sustainable fisheries and the enforcement of biological recuperation periods,” Mr. Akhenouch says, adding that strict fishing quotas will be maintained to preserve fish stocks and enable reproduction for vulnerable species. ● 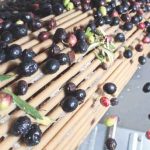 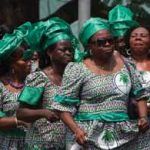