Tuned in to tourism

Strategies to increase bed capacity and visitor numbers have given Morocco’s tourism sector, one of the country’s largest GDP contributors, a real shot in the arm despite economic and political troubles elsewhere.

The Moroccan government commissioned its Vision 2010 strategy in 2001. Between then and 2010 the number of visitors to Morocco more than doubled from 4.2 to 9.4 million, according to Morocco’s National Tourism Federation.

Part of the Vision 2010 strategy, called Plan Azur, was to build six new resort cities on the Atlantic and Mediterranean coasts. By 2010, two of the cities were already funded and being built, while the other four were being put out to bid.

The success of Vision 2010 prompted King Mohamed VI to launch Vision 2020 in November 2010. This aims at raising tourist arrivals to 20 million by 2020 and adding four additional cities to Plan Azur.

According to a 2009 McKinsey study of the sector, tourism accounts for about $600 to $700 million in annual real estate investments (land and buildings) and employs 420,000 people, not including indirect employment.

About 26% of international visitors are on package tours and about the same proportion are individual travellers. The largest segment of international travellers, fully 46%, are Moroccans residing abroad. Despite the country’s potential for conventions and exhibitions, only 2% are business travelers. So the Ministry of Tourism is studying the potential of business tourism and is launching a promotional campaign to attract business.

“Marrakech and Agadir remain the principal tourism magnets, while Casablanca, Tangier and Rabat are mostly for business with some pleasure mixed in,” says Said Tahiri, president of the National Tourism Federation.

One of the difficulties Morocco is having because of its success is matching hotel capacity with demand. Currently some locations have an oversupply of beds while others lack capacity. However, this is being addressed under Vision 2020 in which the government plans to have 375,000 beds by 2020 compared to 178,000 in 2010 and 97,000 beds in 2001.

The Open Skies Agreement with the EU signed in 2005 has made Morocco much more accessible to tourists, namely via low-cost operators from Europe (Ryanair, EasyJet), from the Middle East (Air Arabia), and even locally-developed alternatives (Jet4You). The number of flights has increased drastically with Casablanca and Marrakech airports seeing over 1,000 flights a week, as compared to 200 flights weekly in the 1990s.

Morocco positions itself as a more upscale tourism destination than other Mediterranean basin countries such as Tunisia and Turkey, which tend to focus more on the mass market. Average spending for a tourist in Morocco is around $800 while in Tunisia it is $250.

“Tunisia emphasizes vacation clubs and mass tourism, which we are trying to avoid,” explains Mr. Tahiri.

Given the importance of tourism on the balance of payments (foreign currency revenues), which is higher for tourism than phosphate exports and remittances from Moroccans living abroad, the sector is bound for further growth. But where will future growth come from?

“For Morocco, there are two niches that we are looking at,” says Imad Barakad, director general of SMIT (Societe Marocaine d’Ingenierie Touristique, or Moroccan Company for Tourism Engineering), an autonomous entity that assists the Moroccan Tourism Board in planning and aligning investors for largescale projects.

“Firstly, there is potential in the ocean cruise market. Morocco currently has only a small share of cruises as opposed to the Greek islands,” Mr. Barakad explains. “A second avenue for us to explore are niche vacations that are built around a specific interest or hobby. Here we are thinking of golfing, eco-tourism and cultural adventuring.”

To grow, Morocco’s tourism sector will need to counter competition from other Mediterranean countries with strong tourism sectors. However, last year’s unrest in two of those countries, Egypt and Tunisia, increased tourism in Morocco. For instance, in February 2011 after the events in Egypt, Morocco saw a 17% increase in international tourists.

Another challenge is the economic recession hitting the pocketbooks of Europeans who make up 80% to 85% of Morocco’s visitors. But despite the expected decline, tourism increased 2% in 2011 compared to 2010 and is showing signs of continuing to expand in 2012, according to the Ministry of Tourism. ● 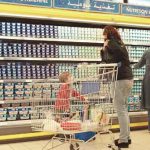 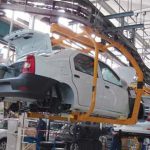