With more than $26 billion in assets, Morocco’s banking system is well-capitalized and growing fast. The country’s strategy is to become the dominant regional platform, thanks to conservative monetary policies and banking regulations, as well as expansive outbound tactics.

Morocco has a healthy interest in its financial sector. The country’s political stability and low risk levels have meant a steady increase in the importance of the financial industries within the overall economy.

Banking was not always such a sweet business here though. “Until 1961, banking was a controlled, statist activity, with few actors and tight regulations,” explains Hassan el Basri, president of the Moroccan Banking Federation (part of CGEM, the employers’ organization). “In 1961 a progressive restructuring was initiated. One can distinguish between three phases in banking development since then.”

During phase one, from 1961 to 1993, nationalized banks were transformed to privately held ones. Phase two, from 1993 to 2006, was kicked off by a new Banking Decree (Nouvelle Loi Bancaire of 1993), that loosened banking regulation by shifting to indirect regulation. Monetary regulations were the norm, namely covering interest rates, banking ratios and monetary policy. Some banks disappeared (e.g. BNDE because of poor management). Other banks were privatized. Some small foreign banks (namely Spanish ones) disappeared. This phase also saw the introduction of universal banking rules (Basel I and II), including risk assessments and liquidity ratios. This phase also witnessed the end of mandatory employment rules, which had saddled banks with inappropriate human resources. In the 1990s, allowance was made for foreign banks to own 100% of banking assets. That is when BNP Paribas France bought its share of BMCI, Credit Agricole France bought its share of Credit du Maroc, and Societe Generale France bought its share of Societe Generale Maroc.

Thirdly, in 2006 another banking reform law shifted all regulatory powers to the Moroccan Central Bank, or Bank Al-Maghrib, although technically the Ministry of Finance still rubber stamps their decisions.

The Bank Al-Maghrib was founded in 1959 and is based in Rabat. In June 2010 (the latest figures available) it held net foreign reserves of $18 billion. In addition to currency management, the bank also supervises a number of privatized banks supplying retail services.

There are 76 financial institutions in the country including 16 commercial banks, 37 financing companies, six offshore banks, and 14 micro-finance associations. Moroccan banks have kept clean balance sheets with low levels of bad debt, despite the growth in their lending portfolios. Non-performing loans represented 5% of total loans in 2011. Within the portfolios of the six publicly traded banks, on the aggregate, four categories of loans represent almost three-quarters of the total: household loans, manufacturing, construction and finance.

Moroccan banking has been active, yet conservatively so, due mostly to two factors. “Firstly project finance has had an important impact on banking growth,” says Hassan El Basri. “As of the 2000s, private sector financing was introduced for large-scale projects, namely in the energy sector. These projects used to be 100% financed by foreign institutions, such as the World Bank, the European Investment Bank and the African Development Bank. Other large projects were in the areas of telephony, particularly mobile networks, as well as tourism and infrastructure.”

“A second important growth factor,” proceeds Mr. El Basri, “was penetration of banking infrastructure and services among the public. In 2000, less than 40% of the population had bank accounts, now about 60% do. Accompanying and driving the account proliferation has been the opening of new bank agencies.”

Another growth vector has been the development of lower-income banking, in particular the Al-Barid Bank, the banking branch of the post office. Al-Barid was launched in 2010 to provide basic banking services to those with modest incomes. It has agencies in 1,800 post office branches and aims to have six million customers by 2013.

Elsewhere, Moroccan banks are competing for the business of Moroccans living abroad, helping them transfer money to Morocco and invest in the country. France accounts for 41% of remittances from Moroccans living in Europe while Spain accounts for 10%. Deposits held in Morocco by Europe-based immigrants stood at $15 billion in 2010, about 20% of total national banking deposits.

To foster expansion, there have been many banking innovations, such as “agences legeres”, or agencies staffed by two employees. Industrial investments are no longer subject to property purchasing taxes (charge fonciere), which are now carried by a government fund, Fonciere Emergence. As for retail banking, there have been many initiatives to boost account penetration (bancarisation in French) among the population. Banque Populaire (BCP) has introduced a well-received “mobile banking” unit that appears at weekly open-air markets throughout rural areas. Morocco also has “talking” ATMs, that enable illiterate customers to perform basic banking operations. A final word on Islamic banking. Although still nascent in Morocco, various new regulations should assist in its development over the next years. ●

With about 3.3 million Moroccans living abroad, the country can count on its diaspora for beneficial financial impact, and more. According to the government’s Office des Changes, about $6.8 billion of inward remittances from Moroccans abroad flowed into the country in 2011.

Yet cold cash is not the only benefit derived from the diaspora. Moroccans residing abroad are key in transferring skills acquired through formal education, training and professional experience. The diaspora is also entrepreneurial, setting up businesses in their host countries, landing contracts and sometimes opening up subsidiaries in Morocco. There are also the homecoming microentrepreneurs, who open up often small businesses upon returning home, for retirement or other reasons.

Through this strong network of human, cultural and economic ties, the diaspora has proven a key contributor to Morocco’s growth, and an important window onto the world.

Along with industrial developments, such as automotive and aeronautics, Morocco sees the potential for developing a strong regional financial platform.

With launch funding of $14.1 million, the Moroccan Financial Board will manage and promote Casablanca Finance City (CFC) as a regional financial hub and gateway into the African markets, just as the Dubai International Finance Centre offers a portal for Persian Gulf financing.

The venture’s shareholders include the creme de la creme of Moroccan finance, including the three leading banks, the Central Bank and CDG, several insurance companies, the stock exchange, and others. CFC will offer favorable tax advantages similar to those for the national free trade or nearshoring zones. In April 2010, the Moroccan government appointed Said Ibrahimi to head the CFC project.

Although it is still early in the game, CFC has already signed its first six tenants and is in advanced discussions with another 20 partners. The types of tenants CFC is targeting are financial and professional services, as well as regional headquarters for financial and non-financial firms active in other countries.

To ensure the success of the venture, partnerships have been signed with the Singapore Cooperation Enterprise and Luxemburg for Finance. CFC wants to emulate the key success factors of the 40-year old Singaporean model. Areas of cooperation include the institutional and regulatory framework, optimizing legal frameworks for capital markets, and improving the ease of doing business. The link-up with Luxemburg for Finance, the Grand Duchy’s finance promotional arm, covers both mutual business development and training.

CFC will be located on a new site covering 100 hectares on the old Anfa airport. Construction will be in phases and is expected to deliver a total of 1.4 million square meters of mixed-use space (40% office, 40% residential, 20% other), so that CFC becomes an urban destination, not a financial ghetto. CFC will also include a large park. After its success developing its industrial sector, Morocco’s financial sector ball is rolling.

Morocco’s top bank, Attijariwafa bank, has been following a progressive and successful southbound expansion into the heart of Africa. The bank’s director of international retail operations provides his insights.

Born in 2004 from the merger of Wafabank and the Commercial Bank of Morocco, Attijariwafa bank is both young and dynamic, and steeped in the traditions and business networks of its founding banks, created in 1906 and 1911 respectively.

Barely a year after the merger dust had settled, Attijariwafa embarked on its international expansion. The Moroccan borders were becoming too small for us! Our first step was in Europe, where our credentials helped us obtain a full banking license.

Immediately thereafter, we set our focus on Africa – both our natural backyard of Maghreb North African countries, and the farther-flung UEMOA and CEMAC countries of West and Central Africa.

The goals of our international development are four-fold. Firstly, we realize that the penetration of banking services in many African countries is still low. We have been a key actor in this effort in Morocco, where penetration levels rose substantially in the past ten years. Secondly, we realize that an increasing number of companies and institutions need pan-African banking services, through a broad-based network. We wish to maintain our leadership as the foremost francophone-based bank.

Thirdly we have developed unique expertise in project finance, namely for infrastructure projects, and we wish to capitalize on this beyond Moroccan borders. Lastly, we see higher growth opportunities in some countries than at home.

Do we grow opportunistically? Yes and no.

Some of our pan-African growth has been via acquisitions. Other countries have been greenfield launches. We often operate in stages, with our growth matching the preparedness of the country, or the opportunities that appear. 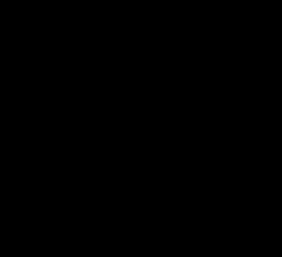 For example, in Mali (where I served as CEO), we acquired existing players. In Senegal, on the other hand, we progressed in phases. Phase one was the banking license. Phase two in January 2007 was the purchase of 67% of BST bank, and then 79% of CBAO bank in April 2008. We thus created the leading bank in the West African Economic and Monetary Union (UEMOA), and as a bonus landed a foothold in Guinea-Bissau. In the case of the Crédit Agricole subsidiaries, our strategic thinking was to acquire a basket of country operations, since that deal involved banks in Senegal, Cote d’Ivoire, Cameroon, Gabon and the Congo.

For us, greenfield growth does also exist, for example in Burkina Faso, in Mauritania, and via our representative office in Libya.

One of our key considerations in our acquisitions is to ensure smooth transitions with existing staff and managers. We transfer our best practices within our new operations – be it in the sales and marketing areas, in back office and systems, or in personnel training at our Casablanca headquarters. We also adopt relevant expertise from our local brethren. After completing a deal, we usually establish a 12- to 18-month roadmap for the integration.

Within the realm of African banks, we are currently ranked sixth by assets, after four South African and one Egyptian bank. Our vision is ambitious and we expect to continue growing in geographic scope and in the breadth of our service offerings. We certainly look forward to accompanying the Moroccan financial authorities as they develop an African financial platform based in Morocco (Casablanca Financial Center).