Window on the Universe

The transparent skies above the Atacama Desert in northern Chile are among the best in the world for star-gazing. No wonder Chile is home to the most ambitious astronomical projects the world has ever undertaken.

Are we alone? One of the places astronomers are hoping to find the answer to mankind’s oldest question is 3,000 meters up in Chile’s northern Atacama Desert. That’s the site of the European Extremely Large Telescope (E-ELT), also known as the great window of the Earth to observe the universe.

Due to its gigantic dimensions, which includes a primary mirror measuring 42 meters in diameter, the E-ELT will be the biggest telescope of its kind in the world when it starts operations early next decade. One of its purposes will be to track down Earth-like planets around other stars where life could exist.

The Atacama Desert was chosen as the site for the $1 billion facility after several other sites in Spain, Morocco and Argentina were rejected.

The decision to build the in Chile was made “on a scientific and technical basis — to situate the best telescope in the world in the best place in the world,” says Massimo Tarenghi, representative in Chile of the European Southern Observatory (ESO), a European intergovernmental astronomy organization that provides research facilities for astronomers and astrophysicists.

Chile’s stellar position attracts many of the world’s leading astronomers to come and work there. Moreover, Chilean universities are granted 10% of the observation time at E-ELT and other observatories, providing students at local universities a unique opportunity.

“Compared to the United States and Europe, Chile has the enormous advantage of making it possible to facilitate the use of its observatories, which is very complicated in northern countries,” says Nelson Padilla, a professor of astronomy at C hile’s Universidad Católica. “Postgraduate students can use the facilities for free so they can obtain data from the observatories for subsequent analysis in class, a benefit that also extends to foreign students.”

Normally, a night’s worth of observation in the Cerro Paranal observatory, for example, costs about $50,000.

The E-ELT will not be alone in the Atacama Desert. ESO operates three observatories there including the flagship facility at Cerro Paranal, home of the Very Large Telescope (VLT). This is actually an array of four telescopes, each capable of seeing celestial objects so far away it is said to be like being able to see objects four billion times fainter than those that can be seen with the naked eye.

ESO’s first site at La Silla, 600 km north of Santiago, started operations in 1989 and was the first observatory in the world to have a computer-controlled main mirror, a technology now used on most of the world’s large telescopes.

One of those is the Transiting Planets and Planetesimals Small Telescope (TRAPPIST), one of the newest telescopes installed at La Silla and which will be operated from a control room in Belgium. TRAPPIST is the first step in a new type of research called astrobiology, the study of the origins and distribution of life throughout the universe.

The latest star rising on ESO’s horizon is the Atacama Large Millimeter/submillimeter Array (ALMA). The $1.2 billion observatory is expected to be completed in 2012 and will have 66 high-precision antennas capable of picking up objects in the coldest parts of the universe. This includes molecular gas and dust and leftover radiation from the Big Bang — the building blocks of all the stars, planetary systems, galaxies and life in the universe.

With the construction of the E-ELT, Chile will have 60% of world’s cosmic observation, and will consolidate the country’s position as the main astronomical pole on earth.

Other projects under construction include the Large Synoptic Study Telescope (LSST) that will be built by 2017 and is said to be the largest photographic camera in the world. The Giant Magellan Telescope is scheduled to be installed by 2018 in Atacama. ALMA will be the largest radio-astronomical project in the world.

This scientific infrastructure is due to the good conditions the Chilean skies offer for observing the cosmos. The country currently owns more than a third of the existing area for capturing the light originating in stars, planets or galaxies on the far side of the universe, a term known in astronomy as photon collection.

Galileo’s telescope revolutionized our perception of the universe 400 years ago. The world should get ready for another cosmological revolution this coming from Chile’s high desert. 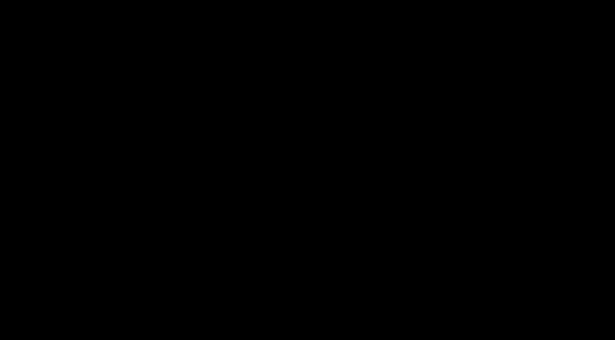 Contracting for ESO has its privileges

When the Atacama Large Millimeter Array (ALMA) telescope in Chile becomes fully operational in 2013 it will have a resolution of measurements ten times better than that of the Hubble space telescope.

One of the main reasons for ALMA’s precision is instruments supplied by a small Swedish company named Omnisys Instruments. Founded in 1992, Omnisys won its first European Space Agency contract in 1993.

In June 2007, it was awarded an $8 million contract with the European Southern Observatory (ESO) for 58 water vapor radiometers for the satellite dishes that make up ALMA, the world’s largest radio telescope.

“The radiometers measure the amount of water vapor at the site of each antenna so the correlation of measurements between the antennas can be more precise,” says Omnisys CEO Martin Kores.

Although Omnisys was a foreign company importing goods into Chile, it benefited from customs privileges ESO had negotiated with the Chilean government back in 1963.

“It has been very smooth for us,” says Mats Wannerbratt, Omnisys Project Manager for the ALMA radiometer contract. “We declare the goods and ESO in Santiago handles the customs procedures for us.”

ALMA is a partnership between Europe, North America, East Asia and Chile. As an international organization, ESO has negotiated privileges with the Chile government, such as an exemption from custom duties on goods needed for their projects.

“The privileges and immunities granted to ESO are consistent with what usually is granted to intergovernmental organizations,” says Nikolaj Gube, a legal advisor for ESO in Santiago. “Because we have several member states that finance us we want to make sure that all member states are treated.”

Other privileges ESO has negotiated include immunity from jurisdiction, inviolability of ESO property, exemptions from VAT and income taxes, and no restrictions on transit and residence for ESO officials. None of these privileges can be used for personal benefit.

Although the privileges ESO has with the Chilean government were not aimed at benefiting its foreign contractors such as Omnisys that is the result. It also benefits ESO.

“It makes procedures and formalities easier so the contractor saves money which otherwise would be charged to ESO,” says Gube. “Also because ESO in general is free to contract without restrictions, companies from all member states can work in Chile. This greatly increases the number of companies available and thus leads to more competition.”

But perhaps those who will benefit most are the recipients of the new knowledge that ALMA and other ESO projects will bring.