A strong economy, attractive business climate and skilled workforce are some of the reasons Chile is a highly attractive destination for international businesses and foreign direct investment.

Foreign direct investment (FDI) has played a decisive role in Chile’s economic growth and development. Maintaining its upward trend, it has helped to increase Chile’s competitiveness, not only through resources and new markets but also through technological development and specialized know-how.

According to the World Investment Report 2010, published by the United Nations Conference on Trade and Development (UNCTAD), the stock of FDI in Chile reached $121.6 billion in 2009, the second largest in Latin America after Brazil.

In 2010, Chile received FDI for $18.2 billion, according to UNCTAD’s Global Investment Trends Monitor. This represented a percentage change of 43.3% between the years 2009 and 2010, well above the average increase of 21.1% for the region as a whole.

FDI has played a decisive role in Chile’s economic development and, in the three years between 2008 and 2010, averaged 8% of GDP, with positive externalities that include employment creation, training, technology transfer and the development of new industries.

According to report, Chile was the world’s 19th largest FDI recipient in 2010, up from 26th in 2009. This is the first time that it has ranked among the world’s top 20 host countries.

“These excellent results confirm our country’s successful track record in the attraction of foreign investment and ratify its status as one of the most attractive places in the region and the world in which to do business while also reinforcing the trust that foreign investors have placed in it,” pointed out Matías Mori, Executive Vice- President of the Foreign Investment Committee.

According to the report, FDI flows into Latin America and the Caribbean rose by an average 13% in 2010 to $159 billion but, in South America, the increase reached 56%. Most of this investment came from Asian countries where outgoing FDI is running at record levels.

In 2010, FDI out of emerging Asian economies rose by 20% to US$230 billion. Investment abroad by countries like China, Malaysia and South Korea has accounted for around 17% of global FDI outflows over the last two years, up from less than 10% in 2008, and is led by Hong Kong and Continental China.

This trend is in line with the investment attraction strategy implemented by the Foreign Investment Committee since last year with its focus on Asian countries and particularly China.

“We are making a decided effort to increase investment in Chile by Asian countries which currently represent only 0.2% of total incoming FDI,” said Mori. “That is why we have translated our website and publications into Chinese and have created a China Desk, with Chinese staff, to better attend the requirements of investors from that country in their own language.”

“In addition, we have participated in eight visits to Asia – China, South Korea, Malaysia and Singapore – to promote the opportunities Chile offers at investment seminars and in meetings with government authorities and businesspeople, presenting a portfolio of specific public and private investment projects,” added the Executive Vice-President of the Foreign Investment Committee.

These activities have already begun to bear fruit, noted Mori.

“In the first half of this year, the Foreign Investment Committee has received investment applications for $417 million from Asian countries, up from $294 million in the whole of last year.”

UNCTAD anticipates that, as Asian countries continue to advance in their international integration, their outbound FDI will maintain its upward trend.

Preliminary World Investment Report data, in fact, shows that investment in Chile and Latin America has continued to increase this year. UNCTAD also forecasts that, in 2011, global FDI will return to its pre-crisis level, reaching $1.4-1.6 trillion. ●

In 2010, the Foreign Investment Committee approved a total of more than $13 billion. This is the largest amount authorized in its history but FIC expects to surpass it in 2011. In times of global economic instability, Chile is seen as a reliable shelter for capital. Robust projections of growth and excellent business opportunities confirm that this is a good time to invest in Chile.

FIC: Who we are

The government agency responsible for attracting Foreign Direct Investment into Chile is the Foreign Investment Committee (FIC or CIE in Spanish for Comite de Inversiones Extranjeras).

The role of the FIC is to provide information about procedures and regulations for investors bringing FDI into Chile. It publishes an up-to-date and accurate statistical register of foreign investment under the Foreign Investment Statute by compiling information about contracts and flows under these contracts.

Specific investment opportunities in private and public projects are also published by the FIC and regular reports about Chile’s business climate. Its outreach to foreign investors and potential investors involves coordinating business missions abroad, as well as seminars and conferences.

The FIC also provides general information about Chile, its economic and social environment, legal framework and policies on foreign investment. And it gives specific information on how to begin the process of setting up a business. FIC members include the ministers of Economy (who acts as president of the Committee), Finance, Foreign Relations and Planning, as well as the president of the Central Bank. Other ministers responsible for specific economic sectors are invited to participate in meetings when necessary. It is headed and managed by an Executive Vice-President who is appointed by the President of the Republic.

Since 1974, the majority of foreign investors have chosen to use the Decree Law (DL) 600 mechanism for the entry of capital into Chile. Under this regime, whose use is optional, foreign investors bringing capital, physical goods or other forms of investment into Chile may ask to sign a foreign investment contract with the State of Chile. An online version of the Foreign Investment Application form is available. 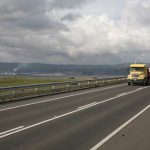 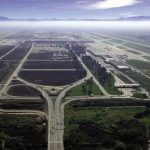