Chile has spectacularly transformed itself over the past decades. In spite of this progress, there is scope for further positive change.

Once a relatively poor country, Chile has become prosperous through macroeconomic policy, structural reforms, trade and investment and regulation. A rich endowment of copper and other mineral reserves has been used cautiously to foster resilience in the face of unexpected headwinds. Moreover, a stable democracy with an effective rule of law has been established. For some governance indicators Chile has caught up with, or even surpassed, OECD averages. Nonetheless, there is scope for further positive change.

Income per capita remains significantly below the OECD average – making sustained and non-inflationary growth an important goal. Between 1986 and 2007, Chile’s income per capita grew at around twice the rate in the OECD area and the income gap with richer countries was reduced substantially. Nevertheless, convergence slowed after 1998. Based on recent growth rates, it would take around 30 years to catch up with the current average OECD per capita income.

For the government to achieve fast growth while reducing income inequality, the main challenge will be to maintain the delicate balance between pursuing a strong recovery and preserving price stability. Strong domestic demand, partly related to reconstruction spending after the natural disasters of February 2010, and booming international commodity prices risk stoking inflation.

One of the new government’s key objectives is to raise average GDP growth to 6% over 2010–14. This will require structural reforms. The main reason for the persistent income gap with high-income OECD countries is lower productivity; the under-utilization of labor resources explains a smaller part.

Fast increases in productivity will therefore be key to sustained economic growth in the long run. While Chile has made substantive progress in upgrading its production structure to higher value-added activities, restrictions in product and labor markets have prevented full development.

Competition in some areas of product markets, especially in the services sector, remains weak by OECD standards. Reducing regulatory red tape for business start-ups and easing restrictions on entry in specific services sectors, would strengthen competitive pressure. This would also encourage entrepreneurship and innovation. Similarly, reforming the burdensome bankruptcy procedure would give creditors legal certainty and remove the stigma of failure.

Structural reforms in labor markets would raise the participation rate of women and youth, which are among the lowest in the OECD, and enhance labor productivity. Despite substantive progress in childcare for working women, there remains scope to further expand these programs.

The minimum wage, which is high from an OECD perspective, particularly hurts the employment prospect of youth. A differentiated minimum wage, with lower rates for young workers, could help. To enhance labor productivity, the share of informal employment needs to be reduced. To assist employers, a reduction in severance pay and expansion of unemployment insurance would improve the Chilean model of “flexicurity”.

Openness to trade and foreign investment has intensified competition in domestic markets and facilitated access to imported intermediate goods. Yet too much focus lies concentrated in the extractive sector. Protecting Chile’s exceptional biodiversity through appropriate market-based and regulatory instruments would boost Chile’s attractiveness as an eco-tourism destination.

In the medium term, higher productivity growth will be sustainable only with a well-educated and highly skilled workforce. Scores on standardized tests for secondary students remain appreciably below the OECD average. Opportunities for further education and training for the existing workforce are limited.

Access to quality education at all levels for all Chilean children is key to reducing income inequality.

The real estate market is also helping consolidate the recovery in construction. During the second half of 2010, low long-term interest rates, improvements in employment levels and higher incomes contributed to the recovery.

While the abundance of offices created by the excessive production in 2007 led to a decline in production 2008-2009, the improvement of market conditions beginning in 2010 allowed production of offices to return to normal levels.

Accordingly, during the first half of 2011, the number of building permits approved for offices increased twice in comparison with 2010, indicating the emergence of new projects in the center of Santiago after four years of inactivity.

This article was condensed from the May 2011 OECD publication:

For further information, contact Nicola Brandt at the OECD: nicola.brandt@oecd.org 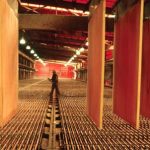 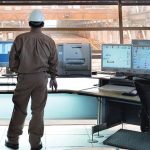